Metal at the Wild Buffalo, The Slightly Deaf Recap 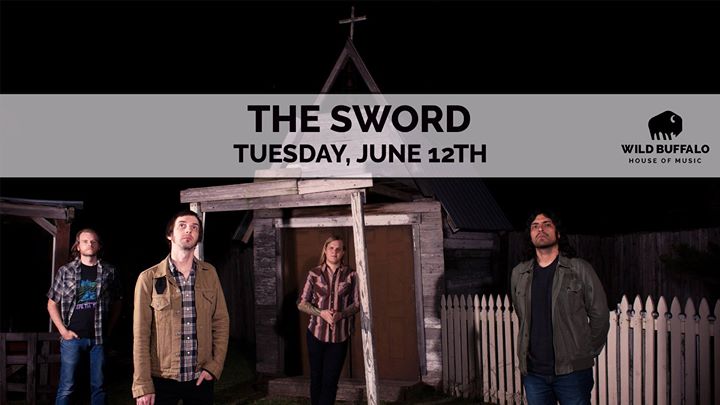 Twice in one year how shocking!

I woke up at about 10:30 this morning in my clothes from the night before with my ears still ringing which could mean only one thing…it’s time for a deaf metal recap! 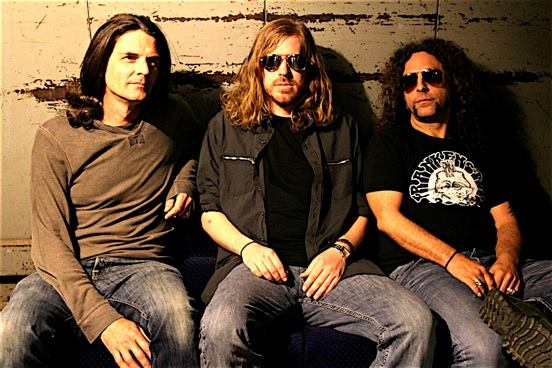 Originally founded by the bassist of stoner rock band Monster Magnet, this band was essentially just a vehicle for great riffage from Ed Mundell (also of Monster Magnet).

Full disclosure, this band plays my favorite kind of metal, a sort of early Black Sabbath/Fu Machu fuzz-blast that sounds like a rocket going off, which might explain the deafness I currently suffer from. I was once informed by the guitarist of Slow Horse that this was Ed Mundell‘s solo band. Appropriately the best albums from this group feature him once he left (so did my interest), but the guitarist they had for this gig was great, more on that later. The Sword is newer to the metal scene than The Atomic Bitchwax. Starting up in the early 2000’s out of Austin, Texas, it feels like they’ve toured with almost everyone. Their style is a very scattered combination of doom metal, stoner rock, as well as a variable hodgepodge of other popular genres for good measure. They just put out a new album back in March called Used Future that I definitely recommend checking out.

Sure their album Age of Winters may be “everyone’s favorite”, but take a listen to it as well and bask in the glory of cymbal-driven percussion.

I don’t really know what I thought the crowd composition for these bands would be like. For whatever reason, I find that I link The Sword and Nuclear Assault as both being a sort of secret metal handshake regardless of the fact that they sound nothing alike. Thankfully I can usually rely on someone I know being at a show like this which helps when you need to be pulled out of a moshpit.

The Atomic Bitchwax is a no-frills trio with bassist and vocalist Chris Kosnik accompanied by chicken leg enthusiast, Bob Pantella on drums and Mundell’s replacement, Finn Ryan on guitar. Despite having the name of every 80’s teenager the man shreds and considering my super negative view of post-Mundell Bitchwax? That’s high praise. This was the set that I knew all the music to given my love for Atomix Bitchwax I and II.

A little bit of a mosh pit got started behind me toward the end, but let’s talk about The Sword.

Let’s start with how I saw this set through my spectacles. Compared to The Atomic Bitchwax the number of instruments on stage for The Sword was extravagant including synths and acoustic guitars. All of which were utilized to their fullest.

The Sword features John D. Conise on vocals and guitars, Kyle Shutt also on guitars, Jimmy Vela III on drums and Bryan Richie on the bass and synths. The interplay was great and all the members of the band have technical chops to spare (though I am partial to the more heavy stuff).

A funny thing I noticed once I took my glasses off is that I could kind of tell when I should do it. The more turbulent center lane that constituted the mosh pit at this concert would start to press against the outer wall. The pit was sort of a combination between a high school dance circle and a very supportive riot as everyone was out to have fun while not hurting each other. An “if you fall down, you get picked up” type of thing. The floor was covered in a thin layer of what I hope was a combination of cheap beer and water which go with my no traction skate shoes about as well as barbecue ribs at a wedding.

Overall it was a fun show though and despite a few mishaps that resulted in my ass being knocked to the floor whilst someone landed on my leg, as mosh pit etiquette goes, I was helped back on my feet and back at it again. If this sounds like the kind of metal you like to thrash to, I highly suggest checking both of these bands out when they hit up your city.

Check out the latest video from The Atomic Bitchwax below…

This site uses Akismet to reduce spam. Learn how your comment data is processed.

Signup For A Taste

Zeeshan Zaidi of The Commuters: First Child to Hall of Fame